Impact of Technology on Trade

Apr 17,2019 Comments Off on Impact of Technology on Trade industrial revolution, international cooperation, Technology impact on Trade, trade in services 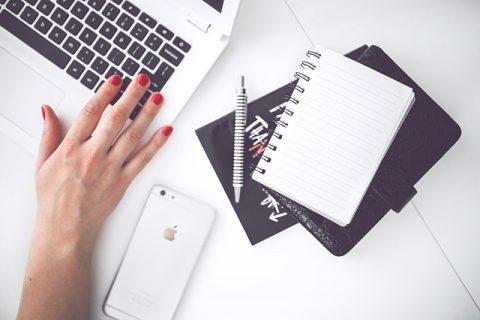 Technology is developing faster than ever before in human history. We are at the juncture of quite a few pioneering technologies that are redefining connections between the physical and virtual world and facilitating new business models.
Artificial Intelligence, Autonomous Things, Quantum Computing, Edge devices, 5G Networks and other technologies hold substantial possibilities in easing of trade. Given these innovative advances in technology, it is essential to keep up to date with the most recent developments to value which advances and techniques may be sustainable for future developments, investments and useful application. Technology progress is very important both for developed countries and developing countries as it will enable them to be more competitive in the global and domestic market. Development in technology supports countries to advance their economy and build up their trading conditions in the competitive global market. With the improvement of technology, high-tech products will become the main performers in trade. The outdated primary products and average manufacturing goods will account for less in the trade business than ever before.

Much of the recent discussions about International trade have been focused on the threat of a trade war, the tit-for-tat tariffs, and the health of the global trade order. The innovative technologies in the Fourth Industrial Revolution are transforming trade by making the processes more inclusive and efficient. Diverse technologies in different fragments of the technology adoption life cycle, when joined together, could deeply change the way resources are allotted and the way trade functions. Governments and businesses must comprehend modern developments in order to stay ahead of the competition. Governments and firms across the globe are taking various steps to get a base in certain technologies, to invent commercial use, and to increase share in new markets. Developed economies, which for many years have pressed the boundaries of technological development, are now joined by China and other developing economies.

While some disputes around technology transfer and intellectual property are long-standing, recent unilateral action to respond to such tensions risks disrupting trade and investment flows, and straining the multilateral trading system. At the same time, it erodes the business environment for innovation progress and increased productive economic activity. To endure an even trade system which enables persistent technological advancement, dissimilarities are more successfully resolved by debates and dialogues, secured in rules-based agendas. We are moving towards a new era of trade in which data flows are becoming more essential than physical trade. Between 1986 -2008, global trade in goods and services developed at more than twice the rate of the global economy. In the current years, however, growth in this more conventional type of trade has only just surpassed global GDP growth. At the same time, digital flows have been successful. The future of trade is the future of data and the role of data in boosting other flows, especially by making services more tradable—from engineering to communications, to transportation. This is a considerable opening for policy-makers to shape innovative economic bonds between countries and to build an enhanced global trade system.

The significant 4 building blocks of better trade are:

More trade in services
The global trade in services has been growing comparatively at high speed. It now accounts for one-fifth of global exports. And as claimed by some estimates, half of the global trade in services is at present is moved by digital technology. However, this is a space where trade barriers are still very high, equivalent to tariffs of some 30 to 50 percent. By dropping these barriers and making trade more digital, services could become the leading operator of global trade. Advanced economies could benefit from this because they are globally competitive in many service sectors, especially financial, legal, and consulting.

More productive
We can be more industrious by making trade more productive. It can be accomplished by encouraging a further shift in the composition of trade flows, moving from “physical” to more data-driven trade. For example, growing automation is making it easier for companies to oust, some of their operations successfully, withdrawing some of the expensive “outsourcing” of the past two decades. This could help revitalize manufacturing industries in many developed economies.

3-D printing could also help companies to shift production nearer to their customers. For instance, a multinational shoe company is taking bespoke shoe-making to the mass-market by printing custom-made soles in their high-street shops. If these developments were to stay, many supply chains would become smaller, more industrious, and less carbon-intensive. Digitalization will strengthen competition in global trade, forcing companies to uplift and raise their investment in innovative technologies and more competitive business practices. New IMF analysis expresses that more competition fast-tracks the circulation of technology across economies and even the rate of modernism itself. This helps lower prices both for companies and for consumers. It is projected that the poorest 10 percent of consumers secure nearly two-thirds of their purchasing power from trade.

More comprehensive
The digital revolution in trade will bring its own challenges, placing an additional burden on those workforces who are less well-equipped to contend. The advantages of increasing investment in training, so that workers can upgrade their skills could be considered. For instance, experiences in Canada and Sweden demonstrate that on-the-job training is more operational than classroom learning. For trade to expand, it needs to be more services-based, more industrious, and more all-encompassing so that everyone can profit. To achieve these goals, trade also needs to be more internationally accommodating.

More international cooperation
Over the past many decades, countries have worked together to create a multilateral trade system that has boosted hundreds of millions of people out of paucity, while improving incomes and living standards in all countries. But this system needs improvement as it adjusts to the new era of trade. Many governments are stressed with major issues that do not fall exactly within WTO guidelines. These consist of several state subsidies, limitations on data movements, and the security of an intellectual property. To address these issues, deals among like-minded countries that agree to work within the WTO framework can be used.

Technological inventions suggest a stimulating future for trade among today’s doubts, with the right governing attitude, these innovations will guide in more comprehensive and well-organized trade growth in the years to come.