How science helps to investigate crimes in Saudi Arabia 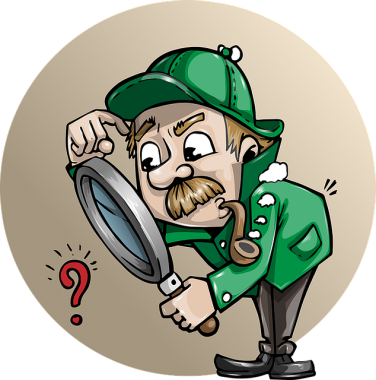 Introduction
In the search of justice, the age of the great detective period is over and now people are living in the era where everything is dependent on science and scientists.
An average criminal today knows how to manage even the cleverest question. Most of them will ignore answering the question until they have appointed lawyers for the same or they will chose the no comment expression to avoid it completely. The reliability of eyewitness has become very less and the defense team has become less adaptive on it (Alotaibi et al. 2017). The present paper discusses the use of science in investigating a crime with special reference to Saudi Arabia.

Most of the major criminal cases are closed today with the help of forensic science. With the help of detailed attention of people science leads to final adjudication of criminal cases. It was not until the end of the 19th century that the authorities soon began to take scientific approach to identify criminals with the help of keeping proper record keeping. Before this a man could easily escape from one country to the other country by using false named and they could escape the hands of the police in a very easy manner. A similar problem is seen taking place in Saudi Arabia as well in which people have been escaping after committing crimes so that they could avoid custody of the Saudi Arabian police. Thus, with the applicability of forensic science it became easier to catch hold of criminals (Jones and Alanazi 2017).

First Photofit
A Frenchman who solved this problem finally addressed this problem. He was working as a clerk in the police department in France and he realized that the methods used for identification was not worthy. He began searching for new ideas to solve the problem. His first invention was to cut photos of different faces into small strips so that their features could be rearranged to form a new face. Witnesses could use the same to form a image of a criminal guy they had known or seen. The man invented the first of what was called the photo fit. However, the biggest breakthrough associated with this came when he began to record the measurement of people. He decided to work on eleven different measurements from every subject and the size of their feet. The man knew the fact that no one body would have the exact same measurement as the other body. This system could help in easily identification of any person, whether living or dead. There was opposition to the given idea on the grounds that it was waste of both time and money. However, in the year 1882, the same was given recognition and the trial became applicable in many events (Sacarellos et al. 2017).  Initially, this process did not become very successful as it became difficult to identify the re offender. However, within the time span of two weeks the same was changed and the luck of the person also changed. Very soon a criminal was identified with this measurement. It became a moment of triumph for the system of Bertillon’s system, which was adopted all across Europe. The same was replaced very soon with a similar and brilliant method. This method is applied in Saudi Arabia as well for some of the cases.

Finger printing
Each person has a unique set of pattern on the tips of their fingers.  If the same is dated back to about 300 AD the system of hand print was used as an evidence to solve many cases in Saudi Arabia. However, creating a workable system for finger prints needs to be categorized so that they could be used with the help of authorities at first. It was Galton, who first saw the solution to this problem. Working on the system of fingerprinting created a system of classification. He focused on the triangular shapes that were formed on the finger tips of people when came together. The suspects would have to present their fingers for finger printing and when matched they would be convicted. This is regarded as one of the best ways to prove a suspecting criminal as the perpetrator of crime. This method has become very popular in Saudi Arabia as well and the police investigation department is using this method to make sure that the criminals do not go without conviction (Aljumah, GulamAhamad and Uddin 2015).

DNA testing
The greatest breakthrough in the field of forensic sciences took place by the end of 20th century in Saudi Arabia. The situation that leads to the invention of DNA testing was because of incredible criminal attack. On September 10th, 1984, Mr. Jeffrey observed during the experiment that the members of the DNA from the same family showed similar results that did not create significant differences. He quickly grasped that we all have DNA that is present in the fingerprint and any person can identify the same with the help of genetic code. Quite remarkably, the first place in this test was that the test should be done as part of the criminal investigation. In one of the case studies in Europe, a girl was found dead and her killer was never found until inquiry for the same was established. Eventually her killer was identified with the help of DNA testing who worked in a nearby hospital porter. The DNA samples of the person were taken and the same was matched with the dead girl to analyse. The evidence proved that the man killed the girl. Thus, the method of DNA testing became one of the most reliable ways of testing to find the criminal in Saudi Arabia (Isafiad and Bagula 2016).

Many forensic scientists have used different disciplines to produce different data for the purpose of investigation and interpretation. In the opinion of many scientists, there is hard science behind the DNA testing and the toxicology that used is based on evidence. Fingerprints are not always the best ways to identify criminals. The use of fingerprints was invented in India where the finger of a person was used to sign a document. However, the use of fingerprints at the time of the crime scene is not always perfect. They can be tampered and smudged very easily. Nonetheless, fingerprints ate distinct for every person and can be used to tell the virtual differences between people the same can sometimes become fortuitous and frivolous. Clear explanation standards and statistical assessments for the same is very important (Alanazi 2017).

Conclusion
Despite all the incredible value that is laid on forensic sciences in Saudi Arabia, criticism has been levied on the ground that it is not always scientifically rigorous even though it is often taken as perfect proof in the court. Expert witness can be selective in what they present in the court and the judges may have a trouble in understanding the complex information of statistics and probability. Questions have also been raised on the fact that the degree of matching the fingerprints existed in bone marrow samples and other relative of criminals. These criticisms may help the forensic science and they may make the future possible for physical profiles and other suspects. Saudi Arabia has been continuously working on the issues pertaining to forensic sciences and the investigation of criminals based on forensic sciences.

References
Alanazi, F.M., 2017. A Method to Enhance the Accuracy of Digital Forensics in the Absence of Complete Evidence in Saudi Arabia.

Jones, A. and Alanazi, F., 2017. A Method to Enhance the Accuracy of Digital Forensic in the Absence of Sufficient Evidence in Saudi Arabia. International Journal of Social, Behavioral, Educational, Economic, Business and Industrial Engineering.