Human Cognition | What is a False Memory? 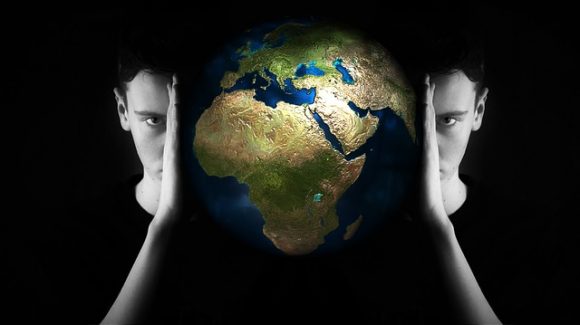 Cognition is one of those topics which are stressed a lot in the field of psychology. It can simply be defined as some kind of mental actions or processes which consist of understanding or acquiring knowledge experiences, thoughts, and the senses.
There are a number of interesting topics which are covered extensively under this branch of psychology. And some of those topics include memory, sensation, perception, attention, reasoning, judgment, decision making, evaluation, problem-solving, use of language, and many other topics. However, out of all the topics which are covered in the branch of psychology, the most interesting one is that of false memories. There have been many studies and researches which are conducted on this topic and yet, there are still a number of debates going on about various aspects which are related to false memory. However, there is a consensus amongst the scientific community regarding the definition of false memory. And it is widely agreed that a false memory can be defined as a psychological phenomenon in which an individual recalls something which either did not happen or the individual recalls something differently from what actually happened. And before an individual can go ahead and learn about the exact cause or impact of false memories, it is important for that individual to know about all the work that has been done on this topic. There will also be a discussion on how life can get affected by false memory.

The Early Works
Sigmund Freud and Pierre Janet were the first few psychologists to study this entire psychological phenomenon. There was also a study which was conducted by John Palmer and Elizabeth Loftus in 1974. In this study, the researchers tried to study the effects of language which can affect the development of false memory. Under this particular experiment, there were also two other studies. In this study, the participants were shown a clip of video and then they were asked to fill up a questionnaire. And according to the results of the study, language or words placed differently in a phrase can have a strong impact on the responses which are given by the individual. This study helped in establishing that false memory is an existing phenomenon in the field of psychology.

Later there were many other psychologists who have tried to replicate the result of that study but they have failed to do so. But there has also been a number of other studies conducted since then which continue to show great support for a number of different theories which try to explain the cause of false memory or how an individual can get affected by false memory.

There are three different steps in the acquisition processes. In the first step, the individual picks out a stimulus to focus on. In the second step, whatever the individual processes visually are translated into descriptions and statements. After that, the third step consists of the perception of the individual which is subjected to some kind of outside information. These sets of information can be recalled later.

In the case of the retrieval processes, there are two different steps. The first step consists of the perception being subjected to what the individual has selected to be his or her focus. And in the second step, the individual tries to make sense of what he or she has observed. It is often due to some issues which occur in the retrieval processes which could result in false memories being formed. This theory explains the causes of false memory. According to this theory, perception can also be affected by false memory.

The Susceptibility to False Memories
There are also a number of other factors that could increase the susceptibility of an individual to false memories. And some of those factors are:

Creativity
According to a few studies, it has been found that individuals who have a higher creative imagination and sense of dissociation they tend to be more susceptible to false memories

There are also many other studies which suggest the possible impact of false memories on the life of an individual. And according to those theories, most false memories can be quite inconsequential. However, there are also a number of recorded legal cases which clearly show evidence of everything that could go wrong because of some false memory.

The Conclusion
False memory can simply be defined as a psychological phenomenon in which an individual recalls events which never happened or recall the events in a manner different to what actually happened. An individual can be affected by false memory in a number of different ways. There are also a number of theories on the causes of the formation of false memories. And some of those theories include the skeleton theory, rational processing, the construction hypothesis, and the theory of presupposition.