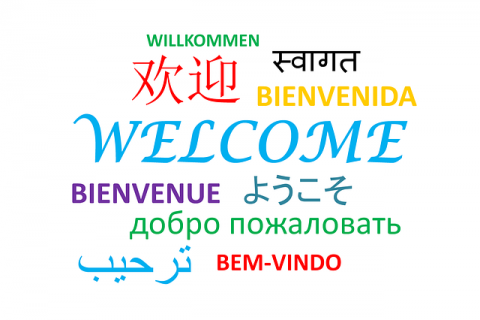 A language is a vital tool which is used by all members of the human species to communicate various thoughts and ideas. There is also a field in which students scientifically study different languages and that field is known as linguistics.

The Mastery of the Job
Multinational managers often have to guide various employees to perform different tasks. Teaching employees about the company and the tasks which the employees have to perform is not easy. But if a multinational manager is already an expert in performing those tasks then this can decrease the overall workload of the manager.

Respect for Every Culture
Multinational managers often encounter various cultures in their day to day life. And hence, it is vital for students to respect every single culture. This would ensure that the manager is able to include a healthy work culture within the organization.

These are some of the most important characteristics which any effective multinational manager should possess.

Difficult Implementations
Multinational companies are working on various projects at the same time. These types of companies also ensure that all sorts of new technologies and techniques are implemented throughout the business so that the company can always stay a few steps ahead of the other companies in the market. This entire task can become quite challenging due to the different language barriers which might exist in a multinational organization.

Harder to get Feedbacks
It is a commonly known fact that if an organization wishes to improve its services, business, tactics, and techniques then it is important for that organization to constantly get feedback from its employees and tries to find innovative methods for completing different tasks. This procedure of getting feedbacks can be quite challenging in a multinational company due to the number of languages and cultures which might exist within the company itself.

The goals and Objectives of the Team
If a team or department in an organization wishes to function effectively then it is important for that entire department to communicate effectively and to truly understand the overall objectives and goals of the organization. This is one of the most important steps which can get hindered due to the language barriers which might exist in a multinational organization.

Aggravation of the Existing Problems
Running a multination company can be a quite challenging task and it is quite possible that every individual might come up with various issues while performing the routine tasks. Finding the right solutions for all these issues is extremely important and for that, it is important for an organization to have an effective communication within the department. This is not possible due to the language barriers which exist in multinational companies. Hence, this can lead to the aggravation of all those existing problems.

Hindrance of Team Effectiveness
In an organization, it is important for every individual to function as a part of a team and try to complete all the tasks with a certain level of effectiveness. However, achieving these aims might not be possible if there is some sort of language barrier within the organization. This can hamper the level of team effectiveness.

These are some of the language issues which exist in multinational management.

The Effective Solutions
There are a number of ways through which an organization can also overcome their languages issues. And some of those ways are mentioned below.

These are some of the common issues which can be practised by multinational companies to overcome their language barriers.

The Conclusion
There are many languages which are used all across the globe and these languages are used for communicating various ideas and thoughts effectively. Language barriers have three different dimensions and these barriers can also create a number of issues in multinational management. And some of those issues are harder to get feedbacks, difficult implementations, aggravating the existing problems, and many other issues. Certain solutions can be practised by multinational companies to solve all of these issues.