Poverty alleviation as a corporate issue 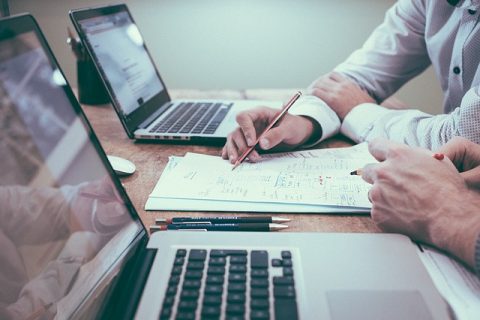 Over the past few years, corporate social responsibility (CSR) as a concept has been the focus of many debates and research. It represents a range of values and standards for determining a corporates contribution to social development.
While CSR was for a long time understood as a voluntary matter to be exercised by companies in the interests of stakeholders, it is increasingly acquiring legal status in different countries, especially like India, whereby, with the motion of Companies Act 2013, every company of a certain size has to offer a CSR policy. India is the first country in the world to make CSR compulsory.

Worldwide, there are plenty of examples of companies that have incorporated CSR in their operations. The New York-based natural foods company, KIND Snacks, have faith in both making profit and making a difference by attaining mass distribution and making healthy products. There are several companies from start-ups to huge conglomerates that are increasingly incorporating social and environmental initiatives in their strategies. Microsoft has associated with the non-profit NetHope to generate IT apprenticeships in Kenya. The Disney Company provided $ 3 million in conservation grant in 2018 to protect wildlife. Gap Inc. has an initiative that teaches health awareness and literacy to women garment workers in Cambodia and India. JPMorgan Chase has ‘The Fellowship Initiative’, a programme intended to help American Black young men achieve academic and professional success. An on-going scheme by Coke, the company is financing in several small African mango plantations, helping small farmers in Africa to grow their livelihoods besides producing a much better stock of mangoes for Coke to make a mango-based beverage globally.

Poverty alleviation or Poverty reduction speaks of a set of procedures, which consist of both economic and humanitarian, meant to forever lift people out of poverty. These are the means which helps the poor to make wealth and remove the poverty which leads to raising the standard of living of poor people. Poverty exists in both developed and developing countries but expands more in the developing countries.

Till now, the issue of poverty was largely ignored by the corporates and was a vague state of affairs in management. Three main reasons for this ignorance are:- (i). Poor people have limited purchasing power (ii) Issue of poverty is complex (iii) Issue of poverty includes many “issue owners.”  Many evils and concerns have stemmed from poverty such as weak human assets, forced labour, child labour, a high degree of economic vulnerability, lack of education, social and political discontent, triggers migration, terrorism, and corruption etc.

Inactive approaches
The inactive approach refers to that the responsibility of the companies is to generate profits. By this, a company create jobs and wealth and is a form of CSR. This is an inside-in business perspective. The objective of which is to create efficiency in the market environment. Good business from this perspective equals operational excellence. This is the narrow approach towards the CSR which requires no explicit strategy towards poverty reduction. The main aim is primarily the basic duties of managers and the owners of the company to generate affordable products for society and the creation of jobs in an indirect way. The company is relatively indifferent towards the issue of poverty. The main aim is to profit maximization.

Reactive approach
This approach refers to the approach which focuses on not to make the mistakes i.e. don’t do anything right. The main focus in this approach is on efficiency. Corporate Social Responsibility is converted into Corporate Social Responsiveness. This approach emphasize on negative duties. Companies are compelled to follow the norms which are defined by the stakeholders. This approach refers to that manager reacts towards the actions of the competitors. This type of business deals with the issue of poverty when confronted with the actions of critical stakeholders. In this approach companies mainly operates in developing and under developing nations and transfer technology, foster the economic growth, create employment and discharge social responsibility to remove the poverty. Firms take poverty as an opportunity.

Active approach
The active approach towards poverty shows that CSR is the positive duty of the business. In this approach, business is “inside-out” oriented and follows a positive duty approach i.e. entrepreneurs do what is right to do. These firms use moral and ethical viewpoint towards the issue of poverty. These firms perform a number of activities both core and complementary activities. For example, firms can define a decent wage policy and various activities to reduce poverty. In this approach, firms take responsibility for poverty alleviation. Poverty is not only considered as an opportunity but also seen as strategic means for creation of ethical legitimacy.

Proactive approach
Proactive approach refers to a CSR approach which is both “inside-out” and “outside-in” oriented. In this approach, firms involve external stakeholders at the starting stage of the issue’s life-cycle. Various stakeholders regularly meet each other for the negotiation purpose on various norms which are to be acceptable by everyone i.e. doing right things right. Company’s internal and external stakeholders have a significant role to manage the issue of poverty. These firms believe that poverty can only be removed by partnerships between various groups of external and internal stakeholders. These firms are able to draw a relationship between low wages and low economic growth.

Conclusion
It is concluded that the issue of poverty alleviation is not to get importance in business strategy. It is understood that firms which follow the active or proactive approach do not resolve the complication of the issue, but emphasize more on the regulatory framework in which a corporation operates. There are micro level conceptions towards the solution of the issue of poverty. The more corporates consider poverty alleviation strategies to part of their core business/competencies, the more they need to develop sustainable corporate stories.

The corporate involvement in addressing the issue of poverty is far from settled, first by a lack of meaningful benchmarks, approaches and measurement tools, not by a lack of ‘best-practice’ cases. However, it was also recommended that too low motivations – and too optimistic potentials – might also reduce the efforts of the business sector in poverty alleviation. Maybe the next sustainable corporate story should be formulated by governments rather than by the firms themselves.