Devaluation Of A Currency 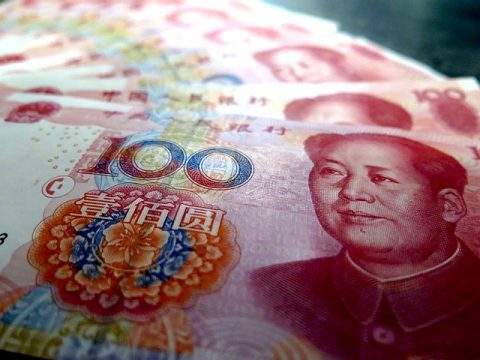 In the year 2015, 11th August, the surprised markets of the People’s Bank of China (PBOC) with the other three consecutive devaluations of the Yuan or the Chinese currency, which knocked over three percent off the value (Lu, Guo, Kao & Fung, 2015).

Since the year 2005, the money of China had hiked up to thirty-three percent against the US Dollar, and the initial step of the devaluation has marked as one of the most critical single reduction in twenty years. The devaluation took place after the days, which taught a rapid fall in the export of China. This change was entirely unexpected and assumed to be a very desperate move by many people. The attempt has taken by China to enhance the exports in the conditions of the support of the economy. The economy was growing at the very slowest rate in a century to the quarter, the claim of the People’s Bank of China related to the reformation of the devaluation to shift into an economy having orientation in more market. This move shook the whole world. The constant appraisal of the US dollar, the investors tend to become more adaptive with the enhancement and the continuous nature of the strength of the currency of China. Hence, there are slight diversions in the Forex markets, where reduction had amounted to four percent over the consecutive two days for the investors. The indexes and the stock market for United States which consisted of the S&P 500, Dow Jones Industrial Average and the demands of Latin America and Europe those fell in the order of the response where most of the currencies are almost relate. Some arguments were also there regarding the changing factors those symbolized the elements of making an attempt to create the exports of the market to look more dedicated, even knowing and considering the fact of the economy of China being conducted slowly, the indication of the People’s Bank of China lays into the motivation of the devaluation.

After ten years of the constant appreciation against the United States Dollar and European dollars, the investors put its focus on the strength, growth and stability of the currency of China (Lu, Guo, Kao & Fung, 2015). The then President of China Xi Jinping had pledged the commitment of the government in the reformation of the economy of China in a way towards more market orientation as the first held his office in the year 2013, March. Placing aside the response of the International Monetary Fund, many people have doubted that the commitment of China to the values of the free market argues about the new policy of the exchange rate that was still akin to floating management (Neely, 2017). This analysis has made a claim done by the People’s Bank of China about the importance of the devaluation that has been allowed to the market to become more elemental in the determination of the belief in the value of the currency in China. The announcement for the devaluation of the money in China brought forth the statements of an official from the People’s Bank of China, which as a result of this depreciation the currency rate of China will become more close to the price of the closing spot of the prior years that focused on providing the markets.

Along with more significant traits in the determination of the rate of exchange to enforce reformation into the currency system. The professor of the Cornell University at that said that the step was very determined with the change of the market orientation in China. The devaluation of the currency has been well reformed to the elements of the monetary policy for the employment of the People’s Bank of China in the year 2015 that consists of the rates of the interest cuts and firm regulations of the finance in the market.

Apart from the response of the International Monetary Fund, there are many commitment of doubt in answer to the values of the free market in the argument of the new rate of policy exchange that is still acquainted with the floating management. Placing aside the response of the International Monetary Fund, many people have doubted that the commitment of China to the values of the free market argues about the new policy of the exchange rate that was still akin to floating management. Some of them charged as the devaluation that was just another sort of intervention and through the value of the currency that would always prevail to be carefully checked and managed by the People’s Bank of China. The appreciation of the US dollar, the investors tend to become more adaptive with the enhancement and the continuous nature of the strength of the currency of China. The devaluation took place after the days, which taught a rapid fall in the export of China. In the year 2015, July the rate of shipping went down by 8.3 percent from the previous year (Fungáčová, Nuutilainen & Weill, 2016). The proof that has been provided is that the prices of interests being slashed down by the government and the stimulus of the governmental bodies that had not been as persevered as being expected. The economy of China is hugely dependent on exporting services and goods. Through this devaluation of the currency, the price of the exports in Asia got lowered, and hence it gained more competitive advantages in the national as well as in the international market. The weaker the rate of the currency is, the weaker the price of the export while no country will try to import anything which might result in the spurring in the production of the substitute products as an aid to the industry (Subacchi, 2016). Hence, there is a significant effect on the goods in China as they have become cheaper, and there are many small to medium sized export-driven economies those could be seen as the reduction in the trade revenues.