An introduction to Islamic Civilization 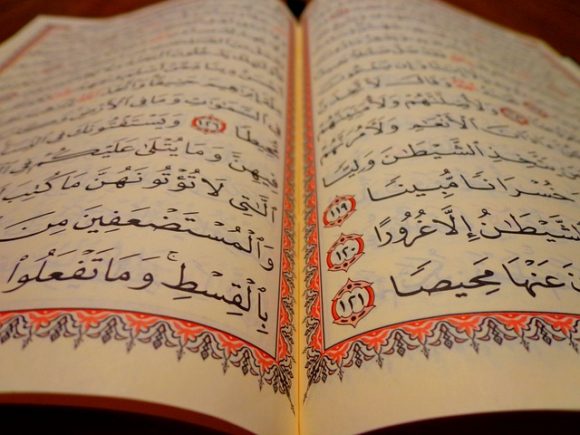 Islam originated and developed in the Arab culture and other cultures that have adopted Islam have become very much influenced with the Arab customs and rules.
Thus, Arab Muslim societies and other Muslims have cultural connections though every society has saved its differentiating characteristics. Islamic culture inherited the Arab culture that took place in the desert; this seems simple but by no means is the application of the same simple. It has an oral tradition based on the transmission of culture by poetry and narrative. However, it can be said that Islamic civilization is influenced by the value of education, especially based on the teachings of both the Quran and The Prophet (PBUH) (Saeed 2018).

Knowledge and Education
In the pre Islamic period, one of the traditions was that of the mu’allaqat which meant “hangings.” In the city of Mecca, writers and poets would hang their writings in a certain wall so that others could read the details about their tribe. Their travel from one city to the other were the ways by which news, exploits and legends were propagated. The tradition continued as the Quran was first memorised and transmitted mouth by mouth and then recorded by their following generations. This part of Islamic tradition became an indelible part of Islamic culture. Presently, as well people use Quranic verses as their way of expressing their views and refer to certain rules and popular tales to express their opinions (Risso 2018).

Great centres of religious learning were also places of knowledge and scientific development. Such centres started during the Abbasid period when different mosques schools were also formed. In the tenth century, Baghdad had more than three hundred schools. In the 14th century, Alexandra had about 12,000 students. It was in the 10th century that the formal concept of Madrasah started in Baghdad. Madrasah means schools that taught Islamic rules and culture. The Madrasah was full time schools in which teachers were mainly women.  Both rich and poor could avail the services of teaching and no differentiation on the basis of caste, creed or religion was done inside the Madrassah. From the Madrassah, free libraries were formed and books were made available for students and teachers (Pratt 2016). The two most famous libraries are Bait al Hikmah and Dar al Ilm Cairo. Other Universities such as Al Azhar were also formed long before in Europe.

Islamic history and culture can be traced as part of the written records in the pre Islamic period and the early Islamic period. Umayyad was the first and the second Abbasid, the Hispano Arabic, modern period and the Persian period. The different influence of the periods can be easily understood and can be traced to the Greeks, Indians and the Pre Islamic cultures. In the first four centuries of Islam, no one was able to witness the homogenization on different cultures and absorption of different values of Islam. Islamic values have always been a combination of combination of western civilization which otherwise might have died. The pre Islamic history was transferred orally and was recorded (Pratt 2016). The pre Islamic period was influenced with music and poetry and increased contacts with Persia and Greece was established.

The analysis of history held much importance for Arab Muslims along with the sense of mission. Islam is a religion for all people and for all times. The Quran states that God created the Universe and caused man to inhabit the same thus there was always quest for knowledge and education. Resultantly, the Muslims recorded everything that became part of their lives such as events, people and places. In the introduction to the multi volume work written by al Tabari, different prophets (PBUT) and  kings were mentioned (Meri 2018).

The Sciences
From the 8th century until the end of the 11th century, Islamic developments in the field of science also took place. It was a period in which the ancient world was hit by the philosophical and scientific knowledge and the same was to be preserved by the people of the given generation. It was the Islamic influence of science by the writers that their influence remained intact and was never influenced by the western culture. For the civilization and culture that was established in Islam not only was the cultural heritage preserved of the ancient world but even space was created for establishment of modern science and influence (Turner and Nasir 2016).

Trade and Commerce
As Arabs had historical past in the field of trade and commerce, the Muslims also continued with the same tradition. It was because of their superiority in navigation, astronomy, shipbuilding and scientific measurement that the Arab and the Muslim commerce developed and reached so many people all over the world. The Arabs were the crossroads of ancient route of trade coming from the Arabian Gulf and the Indian subcontinent (Shariff et al. 2016).

One of the interesting results of the trading relations that took place at the time of the caliphate was when he exchanged gifts with the Holy Roman Emperor. Resultantly, Harun Al Rashid formed Jerusalem as a destination for Christian pilgrims when he first came to Jerusalem. This allowed freedom to religious access for Christian pilgrims. Different types of Arabic words have gained importance in the trade and commerce in the modern western language. Muslin cotton became a favourite commodity of trade as part of the western world trade and commerce (Saeed 2018). The interesting accounts of many Arab Muslims are contained in the book of travels written by Ibn Battuta. He travelled for more than 25 years in places such as Mongolia, China, Russia, Maldives and Africa. He was the forerunner of Marco Polo and his books contained detailed accounts of different cultures with which Muslims and Arab  traders had been in contact.

Architecture and Music
The word Arabseque was introduced as part of the western language depicting intricate design of the Arab Muslim art. The great mosques that was built in the Islamic world were only places of worship but the places of learning also remained as prime examples of design and architecture. With the transmission of civilisation in an artistic world, the same seemed very interesting and appealing. The Mosque Al Haram at Mecca and the Mosque of al Aqsa at Jerusalem depicted interesting piece of art and design during the beginning of the Islamic civilisation.

At times of prayer, the entire Muslim world would face Mecca. The mosque is a dome shaped structure with more than one minarets from which the muadhin gives the call to prayer five times a day. The direction of Mecca is indicated with the mihrab. The larger mosques have minbar. The person praying should be in a state of pure mind and body, a fountain is placed for ritual ablutions. Shoes are to be removed at the time of entering the hall and the same is usually carpeted (Risso 2018).

Fundamentalism
Many non Muslims believe that Islamic rules is a kind of revolutionary ideology and often associate it with movements and groups of violent attacks. This should be differed from Islamic revival that is a peaceful movement calling for the return to the basic values and beliefs. The followers of Islam believe that the true way to reach God is by observing peace and by following the true ideals of Quran and the Sunnah. Thus, Muslims can be called fundamentalists to this extent. Based on the discussion above, it can be held that Islam is a religion of peace and harmony (Pratt 2016).