Bullies should be sent to Correctional Facilities 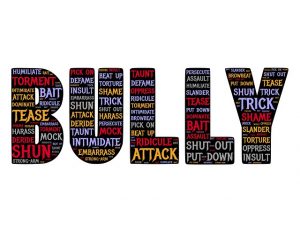 Bullying can most easily be defined as a procedure in which force, abuse, threat, or coercion is used to aggressively intimidate or dominate another party. There can be many other motives which bullies might have for bullying any other individual.
This sort of behavior is habitual and repeated in the majority of the cases. There is also a prerequisite for bullying. And according to various researchers and other experts, that prerequisite is the simple perception of imbalance. This imbalance can be in terms of physical structure, physical power, or social power. There are also many experts who hold the opinion that bullying is a complex procedure and because of that, there can be no simple definition for bullying. Bullying can have many negative consequences and effects. And because of that, there have been many debates on the topic of if bullies should be sent to correctional facilities or jails.

Bullying is a concept which is rather hard to understand. Because of that, it is quite difficult to define bullying in exact or concrete terms. However, it can be said with certainty that bullying is a type of aggressive behavior which is performed with the main aim of harming the other party. There can be a number of reasons why an individual might be bullying somebody else. According to various official reports, bullying can even take place amongst children as young as four-year-old. Hence, it is important for all parents to make sure that they are able to teach children about what constitutes bullying and why it should not be done at all costs.

Apart from these three main characteristics, it is also important for readers to remember that bullying can have negative physical, mental, and emotional consequences for all the parties involved in the long run. Hence, it is important to identify such behavioral patterns and terminate those behavioral patterns as soon as possible.

The Effects of Bullying

It has been established by various studies and reports that bullying is harmful and it can have negative effects on the physical, social, emotional, and psychological self of all the parties involved. There are some scenarios in which the intensity of bullying is increased to such an extent that the individual often ends up committing suicide. There are also many other negative effects of bullying. And some of those effects are:

Depression is a mood disorder which is generally characterized by an individual feeling lonely, sad, or losing interest in activities which were found to be pleasurable for an extended period of time. This is a serious psychological disorder which can have negative consequences for not just the person suffering but also for those present in his or her surrounding environment. According to various studies, the risk of depression increases if an individual has suffered from bullying.

It has been found by the World Health Organization (WHO) that bullying can increase the overall risk of suicide plans, thoughts, and attempts for the victim exponentially.

This is another psychological disorder which has been strongly linked to bullying. Many victims of bullying suffer from an anxiety disorder.
Apart from the effects, there can be many other negative effects of bullying for both the victim and the bully like poor general health and indulging in self-destructive behavioral patterns.

Should Bullies be sent to Correctional Facilities?

According to the Center for Disease Control (CDC), almost 4,400 deaths occur due to suicide caused because of bullying each year in the United States of America along. This number gets significantly high in countries like India, which is ranked 3rd highest in terms of successful suicide attempts with the prime reason for bullying. This goes to show how extremely vital it is to take a proper stance against all bullies no matter the age. However, it is important for that stance to be carefully constructed and thought through. Bullying can occur at all ages and can be ranged in its severity. What might be considered as bullying for one could be considered as good-natured fun for somebody else. Hence, it is important to set some basic ground rules as to what is acceptable and what is not.

There can be scenarios in which one can simply be counseled regarding inappropriate behavior which might be hurtful to other individuals. For people who show repeated behavioral patterns of bullying even of small intensity, it is important those people be sent to correctional facilities. Similarly, if there is a bully who has no regard for other individuals and has shown an extremely aggressive behavioral pattern of bullying even once then he or she should be sent to some sort of correctional facility. There are a number of reasons why this should be done and some of those reasons are mentioned below.

There have been many studies which show that bullies often suffer from some sort of physical, emotional, or psychological trauma. Enrolling in a correction facility can help bullies deal with those issues and return back to life stronger than ever.

Bullies often put the victims through a lot of rough consequences. This often ends up having a number of harmful effects on the life of the victim and hence, it is natural for the victim to wish for that bully to go away. Sending off the bully to a correctional facility will provide the victim with space which would be necessary for the victim to deal with the entire trauma.

Some bullies do not even realize the full extent of the actions. Bullies often suffer from trauma themselves. And that is why going to a correctional facility can be therapeutic for both the parties involved.

When it comes to bullying, then there is a major risk of suicide involved. Hence, it is important for an adult or the authority figure to ensure that the risk of suicide is as minimized as possible. One great way to achieve that is by sending the bully away to a correctional facility.

Bullying is a complex behavioral pattern which is performed with the intent to be hostile and harm some other individual. There can be many reasons why bullying can occur. There are a number of negative effects of bullying and one of the biggest is suicide. Hence, it is important to take quick and effective measures when it comes to bullying. One such measure can be sending the bully away to a correctional facility. This will turn out to be a positive thing for both the bully and the victim.