Sep 21,2018 Comments Off on An essay on the Dubai Palm Islands | largest man-made island in the world Dubai, essay writing, Palm Island 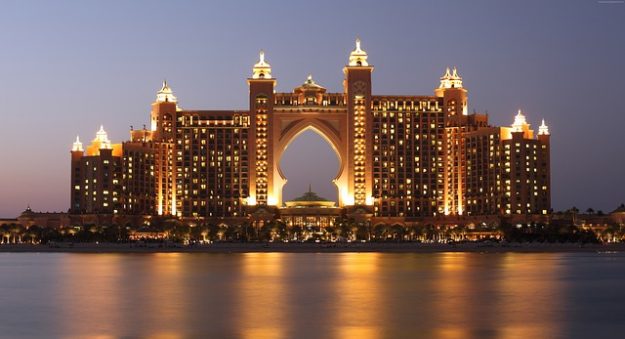 Palm Island is certainly the most ambitious architectural project in Dubai, packed with top-notch resorts, breathtaking oceanfront villas, high-rated hotels, ports, shopping arcades, and water parks. Often called as the ‘eighth wonder of the world’, Palm Islands are the world’s largest manmade islands and are named after their remarkable design that resembles a palm tree. With its exuberant aquatic life, the Palm provides superb activities for visitors to indulge in such as snorkeling and scuba diving.

The iconic islands are the creation of Sheik Mohammed Bin Rashid al Maktoum and constructed by Al Nakheel Properties off the Persian Gulf’s coast. The artificially-erected archipelago is classified into three islands: Palm Jumeirah, Palm Jebel Ali, and Palm Deira. Here are some of the many things that make Palm Islands a unique global destination:

The Palm, Jumeirah
The island houses popular tourist attractions Crescent, The Trunk, and 16 Fronds. It also has the luxurious Burj Al Arab hotel, Atlantis hotel gracing the crescent, and posh residential properties including Oceana. It has themed boutique hotels, villas, and shoreline apartments. The Kingdom of Sheba located on the island is a unique commercial retreat for relaxation that is run by Fairmont Hotels & Resorts.

The Palm, Jebel Ali
The Palm Jebel Ali serves as an entertainment station for children as well as grown-ups. The island is almost double the size of the Palm Jumeirah, and has six ports, an aquatic theme park, and stilts homes built between the crescent and the fronds.

The Palm, Deira
The Palm Island Deira, is the third of the man-made Palm Islands that is built on reclaimed property off the coast of Deirah beach. The Palm Deira is the largest among the three islands stretching 14km in length and 8.5km in width. It consists of residential properties, ports, shopping centres, games facilities, and clubs. The 41 fronds in palm tree design will have residential spaces containing villas or townhouses.

How were these challenges overcome?
True to its spirit, Dubai overcame these challenges with the engineering and design teams along with thousands of skilled labourers working relentlessly to complete the islands just the way they were meant to be.

To sum up, Palm Islands has thousands of waterfront villas, residential buildings, water homes, and luxury hotels in addition to a number of ports, health spas, resorts, shopping centers, restaurants, movie theaters, games facilities, and underwater activities, making it the world’s largest artificial archipelago that are visible from space.
The luxurious land of stunning high rises, man-made islands, gold haven, welcoming beaches, Dubai offers top-notch education and employment opportunities too. The city is home to some of the best universities and global learning institutions. If you are studying in any of the colleges in Dubai or UAE, you will need essay writing services to come up with high-quality assignments.