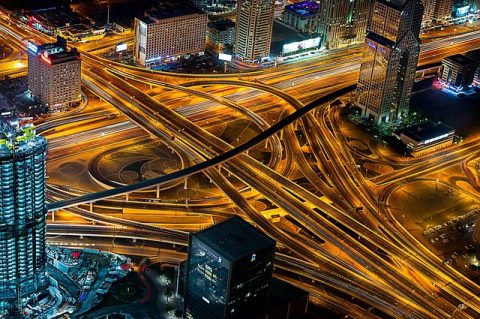 Dubai is definitely one of the most popular cities in the entire United Arab Emirates. This city is known for its over-the-top parties, modern architectures, luxury shopping, and a great lively nightlife.
There are thousands of tourists whom one can easily observe travelling across the city throughout the day. This city is the epitome of comfort and this is definitely one of the most comfortable places which exist in the world in this day and age. But this city is more than just its great parties, architecture, and shopping experience. This city also has a rich culture, an intriguing history, and some of the never ending facts which are bound to amaze the readers to no end. In this article, the readers will get to learn more about some of the craziest facts about Dubai. But before proceeding to those facts, it is important for the readers to learn about some of the basic information pieces related to Dubai.

Dubai: The City of Wonders
The United Arab Emirates is comprised of a total of seven emirates. And Dubai is just one of the parts of those seven emirates. Located just on the southeast coast of the Persian Gulf is the capital city of the Emirate of Dubai. It is the most progressive and modern emirate and is also often considered as an independent city-state. This city is also considered as the hub for trade and tourist centres. Dubai also experienced a global economic crash in 2008 but that has not taken anything out of the superb infrastructure and the excellent tourist amenities which are offered by this city. This city can also boost of largest immigration population of the entire world and is also the city of superlatives.

These are some of the most interesting and crazy facts about Dubai.

The Conclusion
Dubai is one of the most famous and popular cities in the United Arab Emirates. This city is famous for its rich culture, happening nightlife, modern architecture, and shopping options which can assuage anybody. There are many districts of this city and some of those districts are Bur Dubai, Downtown, Bluewaters, Deira, Dubai Harbour, and many other districts. There are many crazy facts about Dubai and some of those facts include the crazy love of gold in Dubai, robots being used in camel races, the lack of a standard address system in Dubai until recently, the lack of no income tax, and many other crazy facts.