An Essay about the Emirate of Ajman 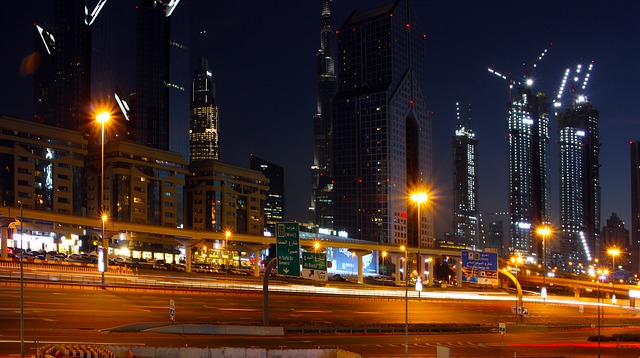 The History
In this section, readers will be able to learn about the exact history of the Emirate of Ajman. According to different sources, it is believed that the foundation of Ajman began under the Nuaimi rule in 1816. This was the time when Sheikh Rashid bin Humaid Al Nuaimi and some of his followers settled near the coast of Ajman due to a conflict. The power of the Ajman fort eventually fell in the hands of Sheikh Rashid bin Humaid Al Nuaimi in 1816 or 1817. There has been a lot of conflict regarding the exact date of or year when the power of the Ajman Fort was actually transferred but it is estimated that it was around 1816 or 1817 only.

The Emirate of Ajman also signed a treaty with United Kingdoms on 4 February 1820. This was done after a sack of Ras Al Khaimah took place by the forces which were led by Sir W.G. Keir on 8 January 1820. The Emirate of Ajman also experienced many other positive and negative events in history. However, it eventually joined the country of the United Arab Emirates under Sheikh Rashid bin Humayd Al Nuaimi on 2 December 1971. Since then, this emirate has experienced a number of strides on the front of the development. And now this small emirate is home to almost 50 International and local retail shops. There are also many companies, commercial markets, the ruler’s office, banks, malls, city center, and many other places which are famous for all the good reasons.

The Best Places to Visit
There are many places in the Emirate of Ajman that an individual can visit. However, before proceeding to discuss those places it is first important to know about the different ways in which one can get around this emirate. So, basically, there are two major ways in which an individual can get around the Emirate of Ajman. And those different ways are tour buses and taxis. Taxis are extremely easy to find and can be used to get to other emirates too. One can also look for unmetered Ajman taxis which are rather cheaper. There are also many ‘unofficial’ taxis which are also known as shared taxis in Ajman. Tour buses are often found at some of the top hotels in Ajman. These tour buses are often arranged by the top hotels to enable the tourists to see all the main attractions without having to do a lot of finding and work.

Ajman National Museum
This museum is one of the major tourist attractions of the Emirate of Ajman and it was built in the late 18th century. This is also one of the most historical spots of the entire Emirate of Ajman. This museum was originally the place of the ruler and it clearly depicts an excellent picture of inheritance of the different civilizations. This museum also represents the history of the Emirate of Ajman and of the entire geographical area. With the help of this museum, all individuals can learn more about historical documents, archaeological acquisitions, and historical tools which were used earlier in the past.

Ajman Fort
As it was mentioned above, the Ajman Fort was also built in the 18th century and was shelled out by the British troops in 1820. This fort was built with the help of all sorts of local material such as gypsum, special tree trunks, coral stones, and other types of material. This fort was also restored back in the 19th and the 20th century. This fort was also regarded as the past residence of all previous rulers of this emirate.

Sheikh Zayed Ajman Mosque
The Emirate of Ajman has many religious sites. However, the most famous religious site is the Sheikh Zayed Ajman Mosque. This mosque has a rich architecture which is incredibly impressive and according to various sources, it is believed that this mosque built for the late Sheikh Rashid bin Humaid Al Nuaimi by his son, who was named Humaid bin Rashid Al Nuaimi, the Ruler of Ajman. This is a major landmark of the entire city.

Etisalat Tower
The Emirate of Ajman has experienced a lot of development since the last few decades. There has been a lot of architectural booms. And one such recently acquired architectural landmark is the Etisalat Tower. The design of this tower is rather similar to the style of mosques. And it is further topped by a large sphere which is also known as the ‘giant golf ball’ of the city. This is one of the most distinct skyscrapers from all across the globe.

There are also many other major landmarks or places to explore in this city like the Dhow Yard, the beaches, shopping or dining locations, and the emirates city.

The Conclusion
The United Arab Emirates constitutes of seven emirates. And the Emirate of Ajman is one such Emirate. This is the smallest Emirate which hosts around 262,000 people. This emirate only has an area of 260 square kilometres. And it is also located on the coast of the Persian Gulf. This emirate also has a rather rich history. There are also many landmarks or places that people can visit in this emirate. And some of those major landmarks or places to visit are the Ajman Fort, the Ajman national museum, Etisalat Tower, Sheikh Zayed Ajman Mosque, Dhow Yard, and many other places.