Fascism and Nazism: Are these Two Concepts Different or the Same? 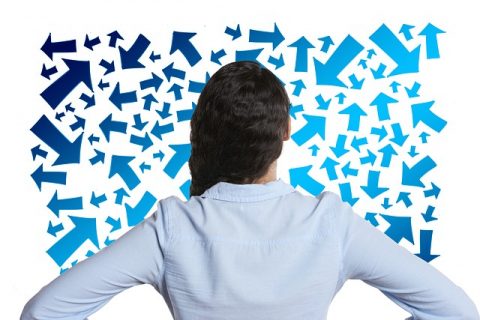 Fascism can be defined as a form of right-wing, radical, and authoritative ultranationalism. Fascism is also characterized by forcible suppression of the opposition political party, dictatorial power, and very strong regimentation of the economy and the society. This particular view came to view sometime during the early 20th century in Europe.

It is important for the readers to remember that this particular movement emerged during World War I in Italy. This movement eventually spread to other European countries. On the other hand, Nazism can be defined as a collection of political beliefs which are primarily associated with the Nazi Party which was present in Germany. One should also be aware of the fact that Nazism is also known as National Socialism. The Nazi Party started the Third Reich when it gained power in the year 1933. Both of these concepts are very overlapping. And because of this fact, there are many individuals who are not sure whether these concepts are different or the same. And in this academic essay writing piece, readers will be able to find the answer to that question. But before proceeding to that answer, it is important for the readers to first understand the meaning of Fascism and Nazism. There are also two separate sections in this essay in which both of these concepts are compared on the basis of the similarities and differences. All these points of discussions are mentioned below.

The Meaning of Fascism
As it was mentioned above, fascism can be defined as a type of right-wing, radical, and authoritative ultranationalism. According to different experts, it is hard to trace the exact time when Fascism emerged but it is commonly believed that this movement emerged sometime during World War I in Italy. This movement eventually took hold and spread to other European countries. There were major changes which were bought to the nature of society, war, technology, and the state. It is important for the readers to note that there have been a number of debates regarding the exact definition of fascism. But the majority of those experts agree that any definition of fascism will have three major concepts in it. And those three major concepts are mentioned below.

There are also many experts and scholars who firmly believe that when fascism comes in power then it attacks conservatism, communism, and liberalism which is characterized as being preliminary. This also attracts support from the extreme right-hand side of the scale.

The Meaning of Nazism
As it was mentioned above, Nazism is also known as National Socialism. It is commonly defined as the collection of political beliefs which were advocated by the Nazi Party in Germany. According to many experts, this party was started sometime during the 1920s and it eventually came into power in 1933. This was also the time when this party started the Third Reich. This party lasted in Germany till the end of World War II which was around the year 1945. There are also many leaders all across the globe who place Nazism at the far right side of political meter.

There are also many experts who believe that Nazism is a type of fascism. This entire movement was based on the idea that the ‘Aryan’ race was better than any other race. It was also believed that this race has the highest potential to survive. The other races were treated as sub-human while the members of the Aryan race were treated as human. Many laws and regulations were established to minimize the contact between both these human and sub-human category. During this movement, millions of people who were not a member of the Aryan race were sent to death camps and concentration camps where they were eventually killed. It is important for the readers to note that these types of killings are known as the holocaust now. The term Nazi is also the abbreviated form of the word Nationalsozialist. Nationalsozialist is a German word which when literally translated means the National Socialist German Workers’ Party.

Fascism was practiced in Italy while Nazism was present prominently in Germany.

When it comes to fascism, the intended worship was of the state. This is why it was believed by many experts that fascism can also be looked like a very extreme form of Statism. However, in the case of Nazism, the party was placed above the state and the state was simply looked like a vessel which had to be used to reach an end.

These are the main points of differences between fascism and Nazism.

Similarities between Fascism and Nazism

There were also some similarities between fascism and Nazism. And some of those points of similarities are mentioned below.

These are some of the common similarities between both these practices of fascism and Nazism.

Fascism can be defined as a form of right-wing, radical, and authoritarian ultranationalism. On the other hand, Nazism can be defined as a collection of political beliefs which are commonly associated with the Nazi Party in Germany. Both of these practices pursue collectivism and establish a dictatorship to get power. Violence is glorified in both these practices and both of these practices are viewed as undesirable. There are many differences which exist between fascism and Nazism. However, it is important for readers to remember that Nazism is often considered as a type of fascism. But this does not mean that both fascism and Nazism are similar to one another. There are many points of differences between both these approaches like the place where both these approaches were started, the main focus which is held within both these approaches, the regimes during which these practices took hold, and many other points of differences.