Impact of Cinema on Society 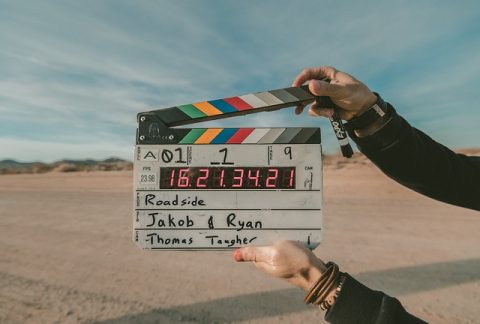 Cinema has become an influential medium in the society for culture, education, entertainment and publicity. It is a source of relaxation for masses around the world.
It is instrumental in helping us against boredom and gives a break from the dull and boring life. It transports you to a realm of imagination and away from all the everyday worries. It has the influence to recharge and refresh your mind. The world of cinema has always been a rage for the young generation ever since the beginning of the movies. They follow it with enthusiasm and thus the young generation and most frequently the teenagers are the ones mainly impacted by cinema. This is large because it is an age wherein they are about to step into the real world with dozens of notions and at times unreasonable optimism, and the films play a prime role in catering to them. Children and the adults are equally exposed to the dangers of the vulgarity and degrading valued of cheap popular cinema, in the guise of entertainment. Cinema is probably the most powerful and beneficial mass media tool. Besides proving economical entertainment for people, it can easily become a mode of mass instruction and mass education. Cinema has definitely several direct benefits over other media. It combines largely, both audio and video and is thus very pleasing to the human eyes and the ears. With the progress of colour cinematography from the black and white era of film making and support of stereophonic sound, it is surely superior to other media. The ethics and decent human values delivered through the channel of cinema have a long-lasting influence on the viewers. The viewers also have an ethical, open emotional connection with the proceedings and the roles of different characters and personalities, their language and flair of communication does leave an long-lasting effect. The awareness of this element is, perhaps the main motive behind introducing a censor board which inspects all the scenes meticulously that are possible to alter the welfare of social integrity. However, this provision could not be of any importance today, when we are vulnerable to the internet where you can avail vulgarity and mean, obscene and even pornographic films extensively to the young and the old equally. Here are the positive as well as negative impacts of cinema on society:

The Positive Impacts of Cinema on Society

Reality Check
Few movies show positive and constructive roles too, and not all movies are evil or immoral. It however essentially depends wholly on the focus and topic of the movie. Some movies try to generate alertness about the socioeconomic or political set of circumstances of different countries. It broadens understanding about the vices like drug abuse, alcoholism, HIV, and the evils of having multiple sexual partners. Cinema helps in building appreciation about the significance of education, medicine, art and politics. It also conveys us to know more about the evil of the destitute, and the troubles of underdeveloped countries, and countries suffering by years of war. All these movie genres help awaken our sense of responsibly and empathy towards such situations. These socially informative movies assist us to understand the meaning which was being delivered. It impacts our thinking in an optimistic way and helps us try to be of some benefit te society. There have been instances where people have taken up animal protection and human right activities after being stirred by a movie they watched.

Encourages Creativity
Movies helthe p improvement of our imagination. We reflect about the things we watch and then we take our imaginings a little further and envisage. Even young aspiring actors and technicians are eager to join the movie industry, only because they too will get to discover their creativity and create some inspiring content.

Generates Employment
The movie industry has played a huge part in creating valuable employment for large number of people. Naturally, making and producing a movie, has a varied scope for fresh talent. However, it requires specialized training and knowledge, in order to work for a movie.

Social Entertainment
Movies is an escape mechanism for people who hope to forget about their fears, frustrations and stress, even if the effect last for only a short period of time. It entertains them and makes them focus of things which have nothing to do with their own personal lives.

The Negative Impacts of Cinema on Society

Spreads Propaganda
Movies are productively able to affect its viewers to a very large extent, which is precisely what the advertising industry exploits on. They use a few seconds of movie footage to advertise their products to the whole world. For instance, a new car model, or new designer clothes and accessories, are presented to the world by the actors enacting their roles. This alerts us of the new product, makes us interested and involved. This leads to us finding out about the new product through the internet or through commercials. Thus, the circle of advertising and communication of the information continues in a move smoothly, without draining the pockets of the advertising companies.

Affects Lifestyle
Everything we watch and listen to, affects and influences us at some level or the other. We try to emulate them and behave like them. We emulate their newest fashion trends, the way they speak, and the lifestyles they lead, both on and off-screen. We are interested in finding out every little detail about their personal and private lives. This is precisely the reason why smoking in movies has been banned, as people watch their favored actors smoking on-screen and it makes them feel that they too must try it. We think that it is the stylish thing to do, and we do it because it makes us feel closer to our preferred actors. Cinema has affected our culture in so many different ways. For instance, movies are largely responsible to jeopardizing the very foundation of marriage. They make it appear like it’s usual to indulge in extramarital affairs, and polygamous relationships. However, in reali,ty it might turn out to be an awfully dangerous and damaging practice. Nonetheless, movies and their impact on society run very deep and has become an integral part of our very existence.

Conclusion
As it is rightly said, everything done within the societal boundaries is respectable. Similarly, investing time into movies that are worth watching is fine but getting addicted to them should be avoided, as it would not only waste our time