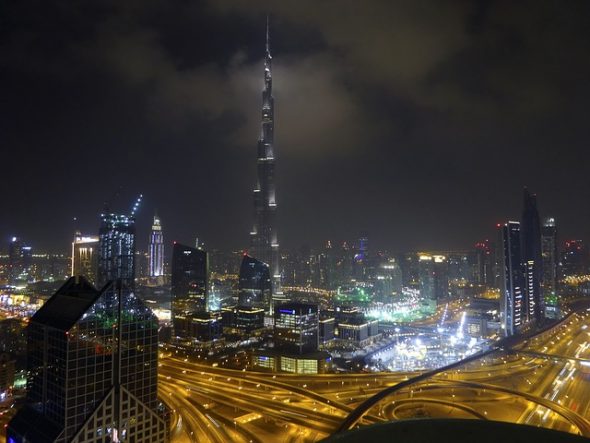 United Arab Emirates is located in the southeast part of the Arabian Peninsula and shares its borders with Saudi Arabia and Oman. Until the early 1950’s, the country’s economy was mainly dependent on the fishing and pearl industry but, the discovery of oil in 1962 changed the economy and the society of UAE in an unprecedented way. At present, the nation is known worldwide for its tourism and oil industry.

The country has several famous tourist attractions that draw millions of international tourists year after year. The thriving luxury that visitors and national delve into would not have been this way had the Trucial States not come together and created the place the world know today as the UAE.

National day is a grand celebration for the nationals who reflect and honour the strength of the conglomerate with great pride. This is the time to celebrate with your family and friends and to enjoy the festive activities with all your heart. It is the day of enjoyment, shopping, feasting, and celebrating the subsistence of this amazing country.

The day marks a time for celebration and embracing delectable time-honored cuisines and shopping revelry. On 2nd December 2018, 47th UAE National Day was celebrated as a day of happiness and success across the UAE. The official National Day festivity – called ‘This is Zayed. This is the UAE’ – was a huge visual show, respecting and celebrating the lifelong achievements of the founding father of the UAE, the late Sheikh Zayed bin Sultan Al Nahyan, whose 100th birth year coincided with the 47th celebration of the UAE’s unification.

If you are planning to visit the country to be a part of this merriment, there will be loads of parties and discounts waiting for you. The country welcomes nationals and tourists with open arms to enjoy delicacies from every part of the Gulf. Before you start celebrating the United Arab Emirates National Day, take a look at the story behind the Day and how it came into being.

History of the UAE’s National Day
In July 1971, six Trucial States (Dubai, Abu Dhabi, Sharjah, Ajman, Umm al-Quwain, and Fujairah) decided to unite and form a Federal Constitution, gaining freedom as the United Arab Emirates. Soon after on 10th February 1972, Ras Al Khaimah agreed to join, making the UAE a conglomerate of seven emirates. The UAE declared itself an independent country on 2nd December 1971 and since then the people in the UAE celebrate their National Day on this day every year.

The inspiration of a unified colony in the UAE came shortly after the British announced their readiness to pull out from colonies and provinces of the eastern Mediterranean. Sheikh Rashid bin Saeed Al Makhtoum and Sheikh Zayed bin Sultan Al Nahyan came to a mutual consensus to unite and invited the other Emirates in the Gulf region to join hands. It took almost three years after the British left in 1968 to form the Emirates federal charter and the National Day celebrations were started later in 1971 after the idea was approved on Dec 1, 1971. The present-day flag of UAE was hoisted at the “House of Union”, where the leaders of the seven emirates assembled to take a powerful decision. Sheikh Zayed was elected as the president of the confederation and Sheikh Rashid was chosen as the vice president of the UAE. Since then, every year, 2nd December is celebrated as UAE’s National day.

As the day starts approaching, the residents of the United Arab of Emirates get filled up with gusto as they look forward to enjoying the day with passion and enthusiasm. Given that the day is declared as a national holiday, people plan a lot of exciting activities and parties to that they can enjoy:

On the other hand, several businesses across the UAE offer exclusive discounts on National Day to the shoppers. Not just the retail stores but the online businesses as well dole out exciting deals and discounts to attract customers and make the most of the holiday season. Shopping enthusiasts search for the best shopping offers to get some huge deals and save big.

Fun-filled water activities
People in Dubai and adjoining areas can buy tickets to the newly launched water park. Besides its affordable tickets, the park promises a lot of water activities, magic shows, live undersea mermaids, fire shows, and many other treats that the children can revel in.

Watch stunning fireworks
Fireworks are undeniably the most extravagant displays of joyfulness in celebratory times. On the occasion of the National Day, people can watch a stunning show of fireworks at different venues across Dubai, Abu Dhabi, and Sharjah. Revellers can check out the best venues to catch the aerial view of the action-packed event!

Dining out with the loved ones
Eating out is a great option to spend some quality time with family and friends on the national holiday. There are several diners that offer gourmet foods that can be savored with joy and amusement alongside your loved ones. Many hotels announce great deals on dinners and special cuisines. This is certainly a great opportunity to save and splurge at the same time. Check out the menus of the hotels and restaurants in the UAE to pick the choicest place and dig in a sumptuous feast with your family.

Christmas adding more fun to the National Day celebrations
With Christmas just a few weeks away, this month of the year welcomes the high spirits of Christmas. The top hotels in Dubai, Abu Dhabi, and Sharjah majestically light up gorgeous Christmas trees and offer a selection of delicacies and beverages as a part of their festival celebrations for visitors to enjoy in peaceful and deluxe settings.