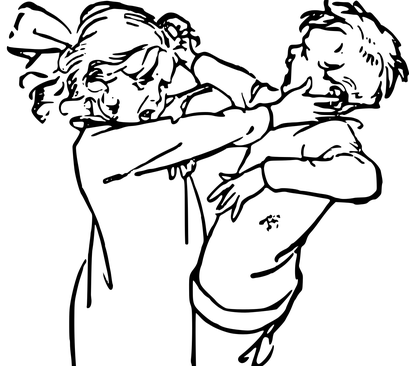 The entire society has gone through a number of changes and shifts in the recent year. This means that the way in which one lives in has undergone various changes to the extent that traditional roles which were played by the different members of a family have changed completely.

One tends to find nuclear families more commonly than joint families. People avoid living with their old and ailing parents. There has been a rise in old age homes and teenage pregnancies since the past decades. This is not to say that there haven’t been any positive changes but it is important to remember that the current lifestyle in which the majority of the population of the globe is living in has also bought in many negative changes. One such change is in the rise of youth violence. According to the World Health Organization (WHO), youth violence can be defined as the internal use of physical power or force by a young person who is 10 to 24 years in age to harm other people. This can mean that a young person harms someone whom he or she knows about or somebody who might be totally unfamiliar with that young person in question. This is a serious issue and in this academic writing piece, readers will be able to learn about the exact meaning of youth violence, some key facts about it, its potential causes, the risk factors, and different methods which can be employed to avoid youth violence.

An Introduction to Youth Violence
Youth violence can be defined as the acts of harming any other individual by the use of physical power or force by a young individual who falls into the age bracket of 10 to 24 years of age. In a majority of the cases of youth violence, the young person in question tends to physically harm somebody who he or she was previously familiar with. However, there have also been scenarios in which a young person has physically harmed somebody with whom he or she was not previously familiar with. It is important for readers to remember that youth violence can take many possible forms. Some of the common forms of youth violence are bullying, fights, threats, violence related to gangs, and other forms of violence which can have a negative effect on the overall health of an individual. It is also vital to remember that in case of youth violence, a young individual can either be an offender, a victim, or a witness. There have also been many studies which suggest that youth violence can even occur amongst toddlers. Hence, it is important for parents to deal with such situations and issues from the starting.

The Key Facts about Youth Violence

There are many key facts about youth violence which tends to highlight the severity of the entire situation.

These are some of the most important key facts about youth violence which just goes to show the severity of the entire situation surrounding this topic.

According to a psychological study, children who were exposed to violence on television screens or other forms of media tend to display more aggressive behavioral patterns.

The kind of community or neighborhood an individual lives in can have a strong effect on the kind of behavior that he or she displays.

Many psychologists believe that children who live in abusive homes tend to display similar aggressive behavioral patterns later in their lives.

According to a study, it was found that children who lacked a sufficient amount of parental supervision were more prone to displaying aggressive behavioral tendencies.

These are the main causes of youth violence.

The Risk Factors of Youth Violence

These are some of the major risk factors of youth violence.

The Methods for Preventing Youth Violence

In this last section, the readers will be able to learn about some methods which can be practiced to prevent youth violence. And some of those methods are –

These are some of the methods which can be employed to prevent youth violence.