Essay on Women Empowerment In The UAE 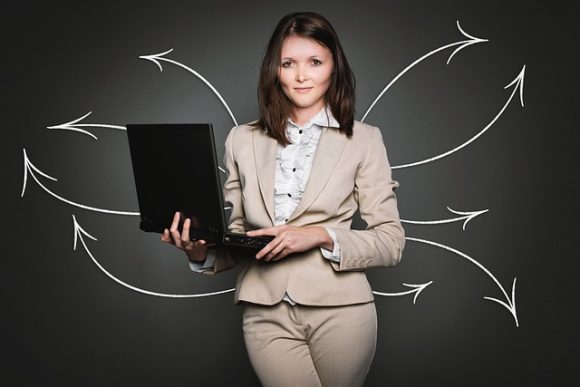 Women have and will always be a very important person in the life of developing families. During the time of prehistoric time, women have played the role of as the bread owners and since then women have formed a definite cultural role. Evidences from the past has shown that while men would go for hunting women would leave home for collecting food (Alblooshi and May 2018).

It was only in the recent history that there was a change in the role of women largely. In the modern days, the changes in the economy and feminist movements have taken place. Women have demanded for equal opportunities and in many part of the world women have the right to enter the career of their choices. This was the first step towards women empowerment.  In the present time, women have once again started to gain power equal to men which was not the case in the past (Shaya and Abu Khait 2017).  Despite the changes that women have gained in the modern world, UAE remains behind when the application of women empowerment is done. In the UAE women are not treated equal to men and there are many ways in which women are not considered a part of the present modern society (Vodanovich and Urquhart 2017).

In the UAE, women have performed a very important role in the process of modernization by participating in the association of women within the country. These associations have formed stones to train women in all kind of vocational courses and other welfare programs. Women in the UAE are present in a large number and they form an important part of the economic sector of the country. Women constitute more than twenty percent in the public sector and and more than thirty-five percent in the private sector including schools and universities. Remaining thirty percent of women have participation in the decision making body and other important bodies (Jabeen, Friesen and Ghoudi 2018).

Other than, the participation of women in the above-mentioned points, women in the UAE has also portrayed themselves in other important places as well. The concept of women empowerment has touched every sector in the UAE and the present situation is that presently women have touched upon those areas of development in which men have lagged behind (Allagui and Al-Najjar 2018). However, there is a lack of women presence in the economy of the country and the same constitutes to about only seven percent. A study was conducted at the global level and it was proved that the participation of female businesspersons in the economy of UAE is very low when compared to men and women from other countries. If the number of unemployed women is compared to unemployed men, than women should stand at a higher level of more than seventy-one percent. Efforts should be done to improve the numbers to see proper development as part of every field. Women are also active in the military establishment. Trained women police would provide security to the female people and they also take part in other military activities (Ewuim, Agbodike and Igbokwe-Ibeto 2015).

The government of the UAE has tried to improve the role that is played by women in the past. Essay writing and other writers have claimed that the leaders of UAE have properly tried to promote complete participation of women in social activities, aligned with the aims of using human resource. Not only did the government take proper steps to improve the condition of women in the UAE but at the same time formed associations that worked for the improvement of life of women. Moreover, the government has also launched a new law as per which issues related to protection of women should be taken into consideration (Alblooshi and May 2018). The government of UAE has also signed for agreements that deal with specific issues of women such as family guidance, compensation and divorce. United Arab Emirates was one of the first countries that established a college for women to recruit army officers and they would provide protection to women in issues related to abuse. Moreover, the Dubai Government took an initiative as per which protection to the women and children was given by creating special camps for them. As per the project, emotional care and support was to be given to the sufferers of abuse and crimes such as human trafficking. The government also formed many other awards and projects for women to provide encouragement to them and make their role known to other people (Shaya and Abu Khait 2017).

As an outcome of the projects and awards taken by the government, UAE ranked in the 29th position amongst 177 countries for women empowerment. Gender Empowerment Measures gave the rank, which is considered as the best rating in the country of UAE. Despite such progress was witnessed by the government regarding women empowerment still they face discrimination and there are other forces that try to hinder the progress of women. The major rejection is the male people who cannot see women going ahead of them. Even as UAE is the highest number of women representation in the parliament, there are issues and challenges to be dealt with to completely end the evil against the development of women (Vodanovich and Urquhart 2017). The government has taken proper steps and established other projects that was related to the progress of women and still problems was faced in the private factor regarding women. The representation of women in employment in the private sector is very less when the same is compared to the strength of men (Jabeen, Friesen and Ghoudi 2018).

From the discussion above, it can be said that women are progressing in the path of empowerment and they have also made it very clear that the government has realized their potential by improving the society for women. Women are known for making their decisions in the right way and at times of stake. The UAE has seen a great amount of progress in this section and the literacy rate has also gone up to a level of ninety percent in the year 2017. Thus, it can be said that women are the role players in the economy of any country and they should be given proper respect in the society as a whole (Allagui and Al-Najjar 2018).