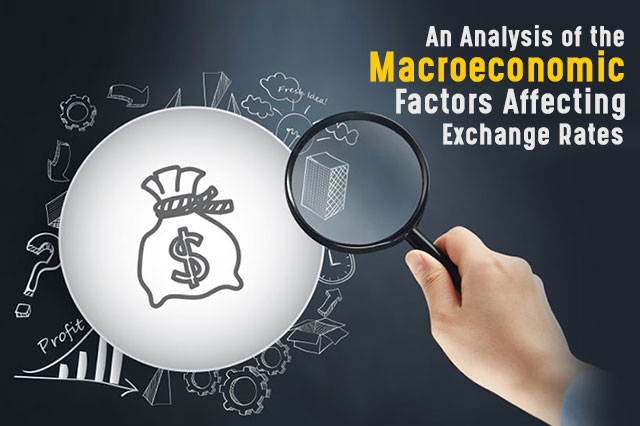 Macroeconomic is a field of study which comes under the branch of economics. This field of study deals with various aspects of the economy like behavior, decision-making, performance, structure, and various other factors. Macroeconomic also includes national, regional, and global economies.  On the other hand, the exchange rate is a concept that comes under the field of finance. Exchange rate can be defined as the rate at which one currency belonging to one country can be exchanged for another currency belonging to some other country.

There are also many experts which consider the exchange rate as the value of the currency of a nation in comparison to the value of some other currency belonging to some other nation. Both of these concepts are connected to one another as there are various macroeconomic factors influencing exchange rate. It is important for a student to be aware of all of these factors. However, that task can be rather daunting. Hence, if a student finds it difficult to complete assignments at the right time then it is important for that student to hire online assignment help from the best assignment writer.

An Introduction to Understanding Macroeconomic

There are various areas in this field that are constantly chosen to be the focus of many studies. However, out of all those areas the two prime focuses of this field are on understanding the consequences and causes of any short-term fluctuations which might happen on the national income. The second main focus is on attempting to understand all the determinants of economic growths used in long-run.

What is Exchange Rate? 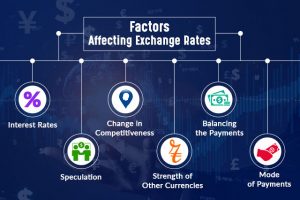 There are various macroeconomics factors that can have an effect on the exchange rates of various currencies.

If the inflation rates of a market change then that also causes changes in the exchange rates. If a country has a low inflation rate then it will experience an appreciation of the value of its country’s currency. The price of all goods and services will only increase slowly. And if a country shows low inflation for a longer period then its currency value rises.

Speculation basically the rates of currency that become higher as per expectation. If speculators believe that any currency will rise in the future then its demand higher automatically. This further increases the exchange rates of that currency.

This factor is more related to the goods, products, and services of a particular country. For example, if the products and services of a country rise in terms of its popularity then its exchange rate must be higher.

If the market becomes wary of any currency then a lot of attention is paid to other currencies which then rise in popularity. An example to understand this could be what happened in the market in 2010 and 2011. People were so worried about the US and EU that more attention was paid to Yen.

If there is an account deficit in a country and it fails to attract possible capital inflows towards it then the exchange rate for that currency will decline.

These are all the major factors that can have an effect on the exchange rates of currencies. If a student wishes to learn about all these factors then it is important for him or her to give his or her best efforts. However, that means that the student might not able to complete assignments at the right time. But this is nothing to worry as students should simply opt for assignment help from the best assignment writer.

Macroeconomics is an important field of study which falls under the domain of economic. On the other hand, exchange rates are defined at the rates on which one currency can be exchanged from another. There are various macroeconomic factors that can influence exchange rates. And some of those factors are inflation, interest rates, speculation, competitiveness, balancing the payments, and strength of other currencies. If a student faces difficulties in completing an assignment then he or she should hire assignment help from the best assignment writer. This helps in easing the trouble of all students.